Fresh from the press, this interesting edited volume by colleagues Sybille Lammes, Chris Perkins, Alex Gekker, Sam Hind, Clancy Wilmott and Daniel Evans, called “Time for mapping: Cartographic temporalities”. I have a chapter in the book called  “From real-time city to asynchronicity: exploring the real-time smart city dashboard”. In this essay, I pursue the idea of an ‘asynchronous smart city’ (as originally suggested by design researchers Julian Bleecker and Nicolas Nova), using the temporal framework of sociologist Barbara Adam. At stake, I argue, is to unbox what is presented as real-time mapping beyond the merely discursive level, and to develop ‘asynchronicity’ as an alternative heuristics to scrutinize the role of urban dashboards in governing today’s (smart) cities. 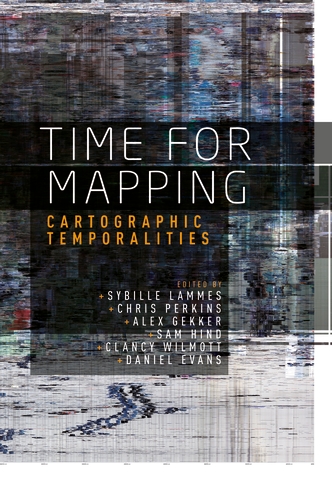