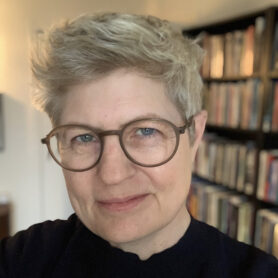 Nanna Verhoeff is Professor of Screen Cultures & Society at the Department of Media and Culture Studies. She specialises in the analysis of emerging screen media, with a key interest in contemporary transformations in screen and interface cultures. She has published on (early) cinema, mobile screens and location-based media, interactive installations, urban media art, and media architecture. 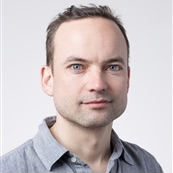 Michiel de Lange is an Assistant Professor in New Media Studies, Department of Media and Culture Studies, Utrecht University; co-founder of The Mobile City, a platform for the study of new media and urbanism; and works as a researcher in the field of (mobile) media, urban culture, identity and play. Currently, Michiel is the co-lead of a NWO-funded Smart Culture – Creative Cities project called “Designing for Controversies in Responsible Smart Cities“, a collaboration with UTwente and a large consortium of societal partners.

Sigrid Merx is an Associate Professor Theatre Studies at the Department of Media and Culture Studies where she teaches in the BA Media and Culture, and in the MA Contemporary Theatre, Dance and Dramaturgy and MA Arts and Society. She is currently the Director of Education of the Department. Her current research focuses on the dramaturgy of contemporary socially engaged theatre and performance practices, in particular performative interventions in public space. 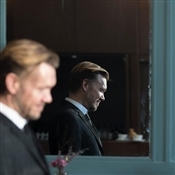 Rick Dolphijn is an associate professor at Media and Culture Studies, with an interest in transdisciplinary research at large. He published widely on continental philosophy (Gilles Deleuze and Michel Serres) and the contemporary arts. He studies posthumanism, new materialism, material culture (food studies), and ecology. He coordinates the Humanities Honours Program, is involved in interfaculty cooperation concerning Community Based Research, Open Cities, and COVID-19. 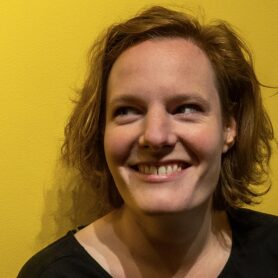 Inte Gloerich is a PhD researcher at Transmission in Motion (Utrecht University) focusing on the sociotechnical imaginaries in blockchain art, design, and products. Besides this, she is a researcher at the Institute of Network Cultures (Amsterdam University of Applied Sciences). Her work there involves the politics, artistic imagination, and (counter)cultures surrounding digital technology, digital economy, and online identity.

Anastacia Hacopian is a lecturer in the Liberal Arts and Sciences bachelor program at the School of Liberal Arts at Utrecht University. She is coordinator and instructor of the course Multidisciplinary Project, as well as co-coordinator of the tutoring program. Next to her work at the School of Liberal Arts, Anastasia is an experienced university lecturer in academic writing and currently teaches the course Research in Context at University College Utrecht. 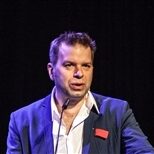 Dan Hassler-Forrest works as an Assistant Professor in the department of Media and Culture Studies, where he has taught courses on media industries, transmedia storytelling, critical theory, cultural analysis, and critical race theory. Dan has been a member of the Utrecht Young Academy, a bridge between young researchers from all Utrecht University faculties, since 2019. He has published scholarly books and articles on science fiction, cultural studies, media theory, anti-capitalism and popular culture, and zombies. 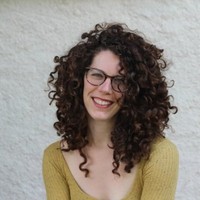 Coco Kanters is program director at the interdisciplinary undergraduate program Liberal Arts and Sciences at Utrecht University. She teaches interdisciplinary skills and she coordinates the honours program of the School Liberal Arts. Her research focuses on intersecting the anthropology of money and institutions with feminist economic theory and the politics of economies. She is especially interested in alternative finance, circular cities, as well as the digitization of money.

Imar de Vries is currently an Assistant Professor at the Department of Media and Culture Studies at the University of Utrecht, where he studies historical and contemporary innovation discourses of wireless technologies, social media, and augmented reality. He chairs the staff echelon of the Humanities Faculty Board, is a fellow of media lab SETUP, and sits on the supervisory board of media lab Impakt. 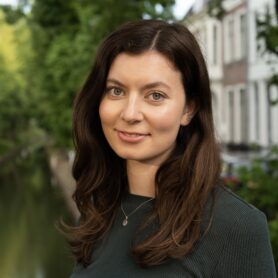 Rosa Wevers is a PhD candidate in Gender Studies. For the project ‘Facing Surveillance: Artistic Strategies in Times of Control’ she analyzes how art exhibitions can make the complex cultural and political implications of surveillance visible and tangible. The project pays specific attention to the ways in which curators and exhibitions create awareness about surveillance-related processes of in- and exclusion.

Bruce Mutsvairo studies the social and political impact of social media. Digital dissidents from the regions he works are mostly urban-based. Other areas of interest are data, digital activism and disinformation. His research primarily examines digital and data dissidents, journalists and activists’ use of online-based technologies, including social media platforms, in influencing political and social change. He is currently working on a Norwegian Research Council-funded project investigating the impact of disinformation in exacerbating political conflict in Mali and Ethiopia. 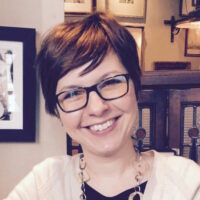 Corelia Baibarac-Duignan is a researcher at the Department of Media and Culture Studies where she explores co-design methods and design interventions that can widen civic participation in smart city processes, focusing particularly on datafication issues. She is part of Michiel de Lange’s team on the NWO project “Designing for Controversies in Responsible Smart Cities”. Originally trained as an architect, Corelia has a PhD from Trinity College Dublin in sustainable development (2014). 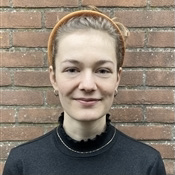 Tamalone van den Eijnden is a junior lecturer at the University of Amsterdam. In her research, she likes to use art and scientific objects to ask and think through scientific and philosophical theories that pertain to the field of science and technology studies. She is also interested in questions that concern cities and ecologies, and how media, technology, and infrastructure come into play here.