A while ago I contributed to a story “How Instagram Is Changing the Way We Design Cultural Spaces” written by Emily Matchar for Smithsonian Magazine. I had kind of forgotten about it, until I was contacted by another journalist interested in Instagram Urbanism, who had found me via this story. Here’s the quote.

How Instagram Is Changing the Way We Design Cultural Spaces

As neighborhoods, restaurants and museums become more photogenic, are we experiencing an “Instagramization” of the world?

Michiel de Lange, a professor of new media studies at Utrecht University in the Netherlands, says many cities are trying to brand themselves via visual storytelling. One increasingly popular strategy is so-called “pop-up urbanism,” where a city turns empty lots into temporary beer gardens or makes a busy street into a pedestrian playground for a weekend. Such events are often irresistibly Instagramable.

“A former student of mine called this phenomenon ‘Urbanism made to Like,’ based on the idea that projects like these can be easily shared and liked through platforms like Facebook, and hence generate the buzz they intend to achieve,” de Lange says. 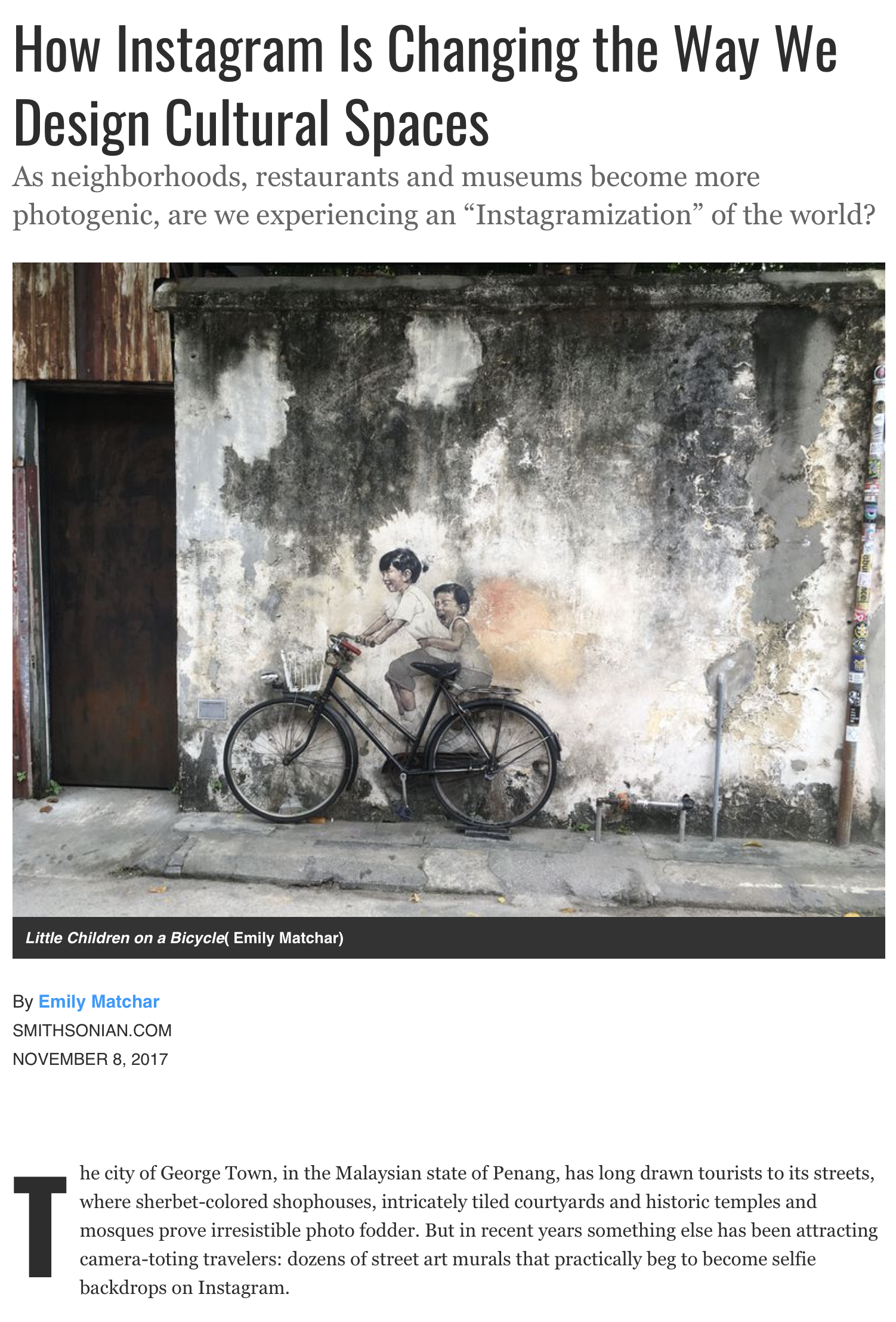